A Shot at Love

A Shot At Love 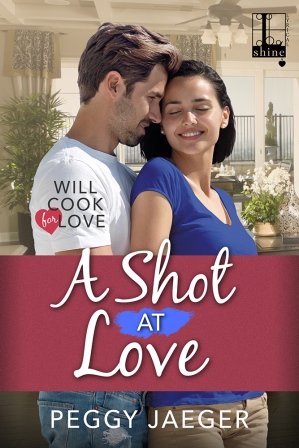 Nothing’s impossible when love is on the menu. In Peggy Jaeger’s luscious series, the only thing more tempting than a delicious meal is a truly delectable romance . . .

Look for exclusive recipes in each book!

Photographer Gemma Laine is looking for arresting faces on the streets of Manhattan when her camera captures something shocking—a triple murder. In that moment, she becomes a target for the mob—and a top priority for a very determined, breathtakingly handsome, FBI special agent. With deadlines to meet and photo shoots on her calendar, Gemma chafes at the idea of protection, but every moment she spends under his watchful eye is a temptation to lose herself in his muscular arms . . .

With two of his men and one crucial witness dead, Special Agent Kyros Pappandreos can’t afford to be distracted. But Gemma is dazzling—and her connection to Kandy Laine’s high-profile cooking empire makes her an especially easy mark for some very bad people. Keeping her safe is much more pleasure than business, but as the heat between them starts to sizzle, Ky is set to investigate whether they have a shot at love . . .

Dressed in similar sweats to what he’d worn the morning before, his body bathed in gleaming sweat, Ky pummeled one of the suspended bags. His hands were wrapped with white gauze, his arms toned and taunt as he executed each strike with perfect precision and technique.

Gemma stopped on the final riser and watched him batter the bag, fists moving with swift, defined actions, the jabs fast and hard, the recoils even faster.

Shoulders raised, elbows tight, hands balled and up blocking his cheeks and jaw line, he threw a right jab, left, then two rights, all aimed high, and a final forward thrust left, lower on the bag, his knees bending to give him balance.

Gemma wanted to race back to her room, grab her camera and capture the scene before her.

Kyros Pappandreos was the epitome, the very definition of a natural born fighter. Distinctly male, uniquely the warrior, his body moved with the grace of a panther, the stealth of a tiger stalking its prey, and the accuracy of a cobra striking. There was something so sensual, so primal, so animalistic about him, she knew she had to photograph him just this way.

She’d capture him in slow motion first, his tight fist connecting with his target, the sweat of exertion flying from his forehead. Then, she’d move to rapid fire, the image blurring with the speed of his hits. A pugilist, enigmatic, tough, and hard bodied, the bulging muscles and corded sinew in his arms distended with his action, outlined and bathed in the shiny moisture pouring from him.

Ky repeated the moves in the same series of strikes three more times before dropping his hands to his thighs.

He swiped at his forehead with the back of his hand, his breathing hard, but not labored, and turned. 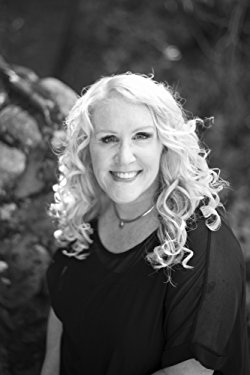 Peggy Jaeger is a contemporary romance writer who writes about strong women, the families who support them, and the men who can’t live without them.

Family and food play huge roles in Peggy’s stories because she believes there is nothing that holds a family structure together like sharing a meal…or two…or ten. Dotted with humor and characters that are as real as they are loving, Peggy brings all topics of daily life into her stories: life, death, sibling rivalry, illness and the desire for everyone to find their own happily ever after. Growing up the only child of divorced parents she longed for sisters, brothers and a family that vowed to stick together no matter what came their way. Through her books, she has created the families she wanted as that lonely child.

Tying into her love of families, her children’s book, THE KINDNESS TALES, was illustrated by her artist mother-in-law.

Peggy holds a master’s degree in Nursing Administration and first found publication with several articles she authored on Alzheimer’s Disease during her time running an Alzheimer’s in-patient care unit during the 1990s.

In 2017 she came in 3rd in the New England Reader’s Choice contest for A KISS UNDER THE CHRISTMAS LIGHTS and is a finalist in the 2017 STILETTO contest for the same title. A lifelong and avid romance reader and writer, she is a member of RWA and her local New Hampshire RWA Chapter.

Peggy Jaeger will be awarding a $25 Amazon or Barnes and Noble GC to a randomly drawn winner via rafflecopter during the tour.

10 must-have items in every kitchen

It’s no secret I love to cook. Over the past forty years I’ve had a lot of experience in deciding what I need to have in my kitchen and what’s just a passing fad ( remember THE SALAD SPINNER? HeeHee) The following items are the ones I think every kitchen should have. Whether you are just starting out on your own in adulthood, or getting married for the first or second time, these items are perfect for the average household. They will get used frequently, won’t sit in a drawer gathering dust, and are all worth the money spent on them. In no particular order, the 10 must-have kitchen items, according to me, are:

Thanks so much for hosting me today. It’s been a pleasure.

There was an error retrieving images from Instagram. An attempt will be remade in a few minutes.